Home>Rhythm of Love >Rhythm Of Love: In Conversation With Talking Silence

Rhythm Of Love: In Conversation With Talking Silence 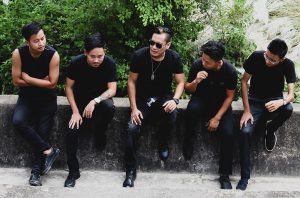 Talking Silence is an upcoming band from Dimapur with promise. The band considers originality its unique selling point. It was formed just in May 24th, but Talking Silence believe they have so much to offer the music industry. Read on to know more about these talented young lads.

EASTERN MIRROR: For the record, could you guys introduce yourselves to us and the role you play in “Talking Silence”.

Talking Silence: Firstly, we the “Talking Silence” convey our sincere gratitude and appreciation towards Eastern Mirror for this opportunity to talk and connect with the people and helping us with a platform to build our fan base which is a real boost for us right now.

The band is managed by Yan Ezung, the front man and co-founder of the band. One can connect with us on our “Talking Silence” Facebook page, Instagram account.

EASTERN MIRROR: How long have you guys known each other. Talk us through the formation of “Talking Silence”.

Talking Silence: Well, without digging much-if we simply put it-originally the idea of forming the band was initiated by Yan, Henthah and Sunep. After having numerous jam sessions with many hidden/talented musicians, Talking Silence finally shortlisted the present members and was formally formed on the 24th of May 2019 with the sole motive to learn, experience, innovate and create rock music in all its forms.

Talking Silence: The name “Talking Silence” was decided after careful discussion and debates with the members. The band name has a deep significance for us, for musicians and for music lovers in general. Everyone, without exemption has music inside of them all the time, but barely get the time to express it. Music remains silent if and everyone almost 90% of the time. But, as and when we get the chance, we express this silence and talk this silence. We sing, dedicate, share, and express this silence in all its forms whether through instrumental or vocal. Talking Silence is not just a name; it’s an expression of one’s hidden passion.

EASTERN MIRROR: Do you write your own songs? What are the contributions that each of you make and what inspired you to make music together?

Talking Silence: Yes, the band owns the entire credit for compositions. The lyrics are written by Yan Ezung and the instrumental samples are provided mostly by Henthah and at times by Kumzuk.  After screening the samples, the band goes on with the compositions.

The bonding that was created among us through our love for music is a lesson in itself for us that music knows no boundaries, that the power of music can obliterate any boundary, inspire anyone, anywhere, connect people of any colour…this keeps us inspired and excited to make music, to create and at the same time experience this magic.

EASTERN MIRROR: As a band that was formed four months back, what are a few key lessons your band have learned from more experienced bands and what mistakes would you avoid as an upcoming musician?

Talking Silence: With utmost reverence, the senior bands in the scene right now are all unique and creative in their own genre and style period.

As an upcoming musician, the only mistake that we or any other band could make would be not taking the leap of faith. Every musician goes through his/her own journey, through thick and thin and Talking Silence would also love to create our own memories/experience through our sweat and dedication and try making a space for our music in the hearts of our listeners.

EASTERN MIRROR: In every music genre there are bands that are just a simple duplicate of another band. What do you consider as the USP of “Talking Silence?”

Talking Silence: Originality is the main unique selling proposition of the band Talking Silence. It though sounds cliché for musicians to say this owing to the fact that there lies an entire era of great musicians before us. But nonetheless, Talking Silence brings to the table a varied experience from its members who are well acquainted in understanding the different forms of music from alternate metal to heavy metal stuffs, classic to hard rock, from funk to Japanese/Korean rock or modern rock.

But acknowledging the fact that beauty lies in the eyes of the beholder, Talking Silence has so much to offer and at the same time so much more to learn as well.

EASTERN MIRROR: Working as a group is not easy especially when each individual has different ideas and tastes. How do you work it out?

Talking Silence: “Birds of a feather flock together” many jamming and screening session before the formation of this band left us with sharing the same purpose and passion and like an oil to a machine, this made it smooth for us to have a consensus on our ideas and tastes.

Coming together and making music is perhaps the most exciting event of our week because this is something we love doing. Apart from that, for personal bonding we have our weekly ride-outs, dinner plans, movies night, etc…

EASTERN MIRROR: Coming back to the music scene in the state, what do you find discouraging?

Talking Silence: We are just taking our first baby steps so determination rather than discouragement is at play at the moment for us. Looking at this year’s mammoth lines up of events and shows organised we feel quite positive saying that the music scene in our home state is progressing and also with the TaFMA launching open houses in every district for encouraging upcoming talents, is evident enough that the government is taking the music scenario of the state seriously.

EASTERN MIRROR: What is “Talking Silence” up to currently? Any projects lined up?

Talking Silence: Right now Talking Silence is at our composition stage. We’ve got six songs lined up, of which one sample is already released on Indihut. Two more completed and yet to be released and three more on the way. The next song titled “secret path” is a motivational song with final touches done and scheduled to be released very soon. Third upcoming song will also feature a video. Hoping for the best. Rock on guys.

Prev PostFirst Cabinet reshuffle of Modi 2.0: Prabhu may be back
Next PostAudition for Ticket Hornbill Music Festival held in Tuensang