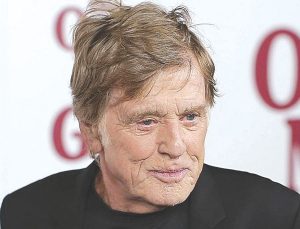 Veteran actor-filmmaker Robert Redford will be honoured with the Artistic Excellence Award at the Morelia Film Fest.

The movie gala, which is set to run October 18-27, is set to fete the co-founder of the Sundance Film Festival and one of the most prolific actors of his generation.

Morelia will honour Redford for his lifetime contributions as an actor, producer, director and for his achievements with Sundance and the Natural Resources Defense Council, where he has served as a trustee of the environmental advocacy group for nearly 30 years.

According to The Hollywood Reporter, 83-year-old Redford has appeared in over 80 films during an acting career that has spanned six decades. He has also backed around 50 projects in film and TV as a producer.

Oscar-winning Mexican director Alfonso Cuaron was the first recipient of the award, which was presented last year.

Writer-director James Ivory is set to attend the event as a special guest.