Rhythm of Love: In conversation with The Woodland Band 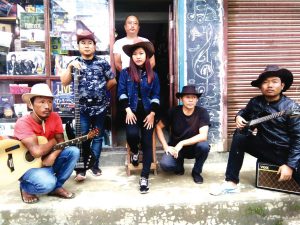 The Woodland Band who call themselves a family of eight members have been trending on social media because of their rock version cover song of “Gazab Ka Hai Din”.

The band’s ultimate goal is to keep the country music alive.

Read on to know more about this power packed band.

EASTERN MIRROR: Pease introduce us to The Woodland band and the role you each take on.

The Woodland Band: First of all thank you Eastern Mirror.

We, the Woodland Band are not just a band but a family with eight members.

We are a country band but we are flexible with different genres according to the demands of the event organisers and fans. We also perform rock songs as our our guitarist and Vocalist are enthusiasts of the genre. 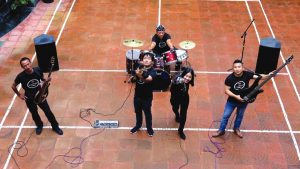 EASTERN MIRROR: How did you guys meet? Talk us through your musical journey.

The Woodland Band: Its complicated story of how we met. We have Sk, Aduoto, Zhabu and Kekhrie as the founding members of the band. The later three Vocalists and the Lead Guitarist joined the band in 2017. The best line to sum us up is that music brings us together.

The Woodland Band: The word ‘Wood Land ‘itself sounds so country and that was the only word which came to our mind which was best suited for a country Band. 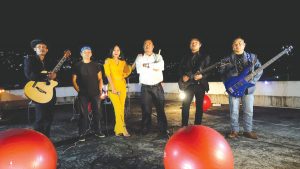 EASTERN MIRROR: Working as a band is not easy especially with each individual having different ideas and tastes. How do you work it out? Any issues you have faced initially?

The Woodland Band: Yeah, as a group/band, sometimes we have ups and downs but at the end we work as a team with understanding.

And actually, we have two female vocalists Angap Ngapgang and Keziah Semy. Keziah could not join us this time because of her studies.

They are the most flexible and the most active members of the band.

As of now, we don’t have any big issues in our band.

EASTERN MIRROR: How many gigs have you played? Which is the most memorable one?

The Woodland Band: We have played a number of gigs, whether small or big by the grace of God.

We have played in and around Kohima and other parts of Nagaland. As of now, we have performed two gigs outside Nagaland i.e in Punjab and Manipur. And the most memorable one was in Manipur ..when the crowd rushed to the stage. OMG hehhe..that was a good experience. 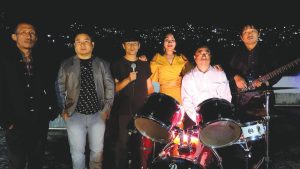 EASTERN MIRROR: What about your plans for the future? What do you want to achieve with “The Woodland Band”?

EASTERN MIRROR: Your cover song “Gazab Ka Hai Din” (Rock Version) is trending on social media. Why do you think it’s trending? And how have you received the negative feedback?

The Woodland Band: We think its in a trend because this song ‘Gazab Ka hai Din’ is one of the most romantic songs which we have covered differently in the form of a rock version..it gives the song a new taste, and listeners get to experience it in a different way.

We received negative feedbacks positively.. Indeed we are ready for anything because even the best artistes and bands get criticised all over the world and that is not a new story..so we take it normally… instead we take those feedbacks as an encouragement to do better and improve. But in the end nothing can be an hindrance or stumbling block when we want to do the thing we love i.e Music and entertainment, as it is said ‘The Show Must Go On’.

EASTERN MIRROR: What do you guys have planned for this year? Any projects lined up?

The Woodland Band: We have three cover songs so far and that was quite an achievement for us. Yeah, a lot of shows coming up but we won’t be able to disclose now .

And yeah, we are working on our originals and more cover songs. So please do keep supporting us.