Rhythm of Love; In conversation with Bendang Pongen

Meet Bendang Pongen, a promising musician from Dimapur who had a rocky start in life. From a daily wage earner to a newspaper boy, from a hotel bell boy to a carpenter, Pongen now owns a small music store, ‘Musicians Corner’ in Dimapur.

Pongen, who struggled to have a decent life after dropping out from high school due to financial constraints, never gave up on his dreams of having a better life.

Pongen, who owned his first bass guitar in the year 2008, says, he fell in love with music after witnessing some local bands perform on stage. And since then, he pushed himself to achieve his dream of becoming a musician.

The long-haired guitarist, who has achieved so much in music industry, encourages all not to go astray from being a good human being.

Pongen has also been a member of a number of bands from Nagaland, including The Riftens (Kohima), Switchblade (Kohima), Purple Page (Tseminyu), Rockvengers (Tuli), Four Fields (Dimapur) and Chicken Head (Dimapur)

Read on to know more about the musician .. 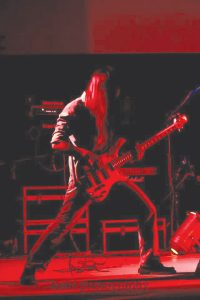 Eastern Mirror: To start off with, please share with us your journey with music.

Pongen: It has been more than 17 years I have been in this profession. I got the privilege to perform in many stage shows and have enjoyed so much.

Eastern Mirror: What was the first guitar chord you learnt? And when did you own your first guitar?

Pongen: It was G chord. I owned my first bass guitar in 2008 when I was with Dementia band.

Eastern Mirror: Which one would you prefer – playing solo or collaboration? Why?

Pongen: I prefer to be with a band, because when we play in a band, we encourage each other, learn from each other and get a lot of knowledge about music. 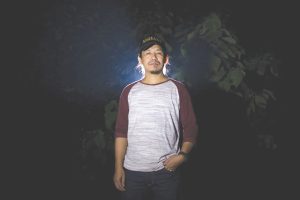 Pongen: My biggest influencer would be the band Nirvana.

Eastern Mirror: What’s the biggest problem you’ve had to overcome so far?

Pongen: It was in 2003, when I couldn’t purchase the local Bass guitar which cost INR 3000 then. But I didn’t give up and thus overcame it.

Eastern Mirror:  What do you enjoy most about being a musician?

Pongen: Playing in different stage shows at different places and encouraging the youth with the words of God. 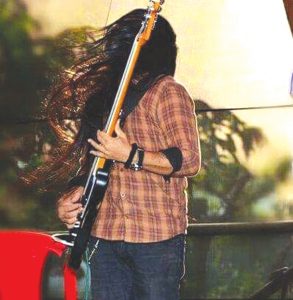 Eastern Mirror: Apart from playing, what else interests you?

Eastern Mirror: What advice would you give to someone wanting to follow in your footsteps?

Pongen: Overcome every obstacle, never give up and keep going and trust Jesus.