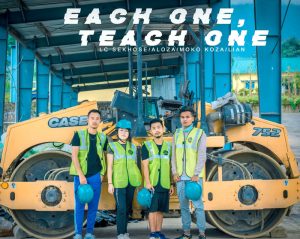 A press release received on Wednesday stated that with an objective to spread awareness on the ill effects of use of plastics, Kohima Smart City Development Limited initiated a project with ‘some talented Nagaland musicians’ to address the issue to the masses through music and visual media.

The theme song was composed and performed by LC Sekhose, Moko Koza, Aloza, and Lian and was performed during the state level programme on Smart City Mission held on Wednesday.

It informed that the video is uploaded at the “Kohima Smart City” YouTube channel with the title “Each One Teach One”.