Home>Science and Tech >Feeling depressed? This Chinese game may be the answer

Feeling depressed? This Chinese game may be the answer 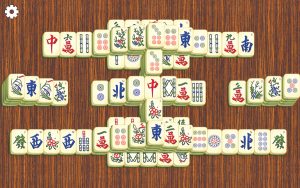 New York, Sep. 18 (IANS): When it comes to reducing depression risk among middle-aged and older adults in China, playing a game of mahjong may be the answer, according to new research.

A study published in the journal Social Science & Medicine says that regularly playing the popular tile-based strategy game – mahjong – was one of several types of social participation linked to reduced rates of depression among middle-aged and older adults in China.

“Global economic and epidemiologic trends have led to significant increases in the burden of mental health among older adults, especially in the low and middle income countries,” said study co-author Adam Chen, Associate Professor at University of Georgia.

Poor mental health is a major issue in China, which accounts for 17 per cent of the global disease burden of mental disorders.

For the study, the research team analysed survey data from nearly 11,000 residents aged 45 years and older from the nationally representative China Health and Retirement Longitudinal Study.

They looked at symptoms of depression and compared it to the type and frequency of social participation, including visiting with friends, playing mahjong, participating in a sport or social club, and volunteering in the community.

They found that, on the whole, participating in a wide variety of activities more frequently was associated with better mental health.