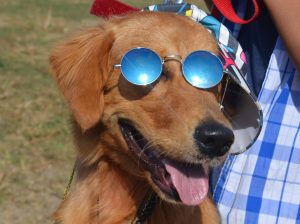 Dimapur, Oct. 24 (EMN): Following the Eastern Mirror report on shoot-at-sight order for dogs on the loose issued by local authorities, the State Animal Welfare Advisory Board of Nagaland has directed all deputy commissioners of districts where such orders have been enforced to declare the diktats as illegal.
In a statement issued on Thursday, the board asserted that the shoot-at-sight orders issued by various local authorities across the state were “against and contrary to The Prevention of Cruelty to Animals Act (PCA Act) of 1960”.
It informed that the board had, on June 14, reminded all the deputy commissioners of Nagaland to immediately register their respective Society for Prevention of Cruelty to Animals (SPCA) under Societies Registration Act of 1860.
Accordingly, Longleng, Kiphire, Wokha, Zunheboto and Tuensang districts were on the process of being registered, it added.
The SPCAs have been formed in Peren, Mokokchung Mon and Kohima but yet were yet to be registered, the board informed. Dimapur and Phek SPCAs are fully registered, notified, and functional, it added.
Also, the board “condemned in the strongest words” the notice issued by the Nagaland State Transport Sector Union, Tuensang—as published in this newspaper on October 22—and directed the Tuensang SPCA to “take necessary action against the culprits as provided in the PCA Act 1960”.